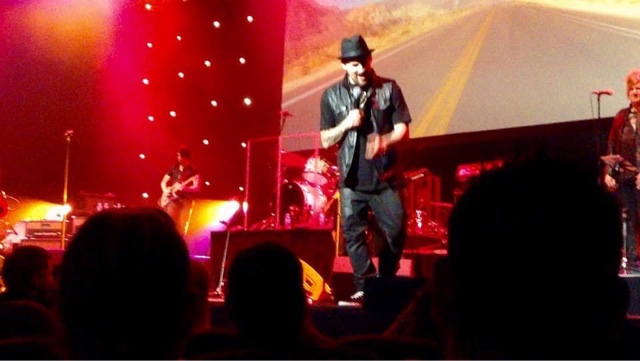 THE CALIFORNIAN FILES
By Marly (@thepiesendure)
“I feel like this is the happiest day of my life, everyone in Perth smiles.” – Joel Madden in Perth, 7th November, 2014
Benji and Joel Madden are the twins who, rightly or wrongly, are the recognisable face of Good Charlotte, that one band that was everyone’s teenaged anthem raiser.  Don’t lie, you all blasted The Anthem and sang it Karaoke style in your rooms.  (And, yes…I love Billy and Paul as much as the rest of you.)
You could be forgiven for thinking that they became big names because of Joel and then Benji’s appearance on Australia’s The Voice, but they have been well loved by Australia for much longer than that.  With five albums under their belts with Good Charlotte they have done well stamping a distinctive sound on the music scene of the noughties.  However, as they’ve grown older, matured and learned a lot in their journey through life – with Joel becoming a father, Benji an uncle – they decided they wanted to go back to where they began.
The twins hail from Maryland, US where their illustrious career started off in a suburban bedroom at the tender age of eighteen (probably even younger).  Best place to start a music career, am I right?
Benji and Joel speak of their journey from that bedroom to California, which was their ultimate dream.  “If we get to California, we’ll make it.”
According to Joel they hitchhiked to California, just him, Benji and Benji’s acoustic guitar.  Though Benji is quick to correct his twin by telling audiences in Australia, that they ‘had a friend with a car’ so no hitchhiking occurred.
When they arrived in California they started the band Good Charlotte, which brought them moderate success.  Just kidding.  With friends, Paul Thomas and Billy Martin they embarked on the biggest journey four small town boys could experience.  With five studio albums under their belts you would be hard pressed to say they do not know the business.  At the end of their tour cycle for the fifth album, Cardiology the boys took a well-earned break from the band to pursue other projects and family life.
During this period, between when they took a break from Good Charlotte, Benji and Joel continued to produce and write music, not only as a duo but with other artists.  They have collaborated on several dance/hip-hop projects, written for, and written with bands such as 5 Seconds of Summer, All Time Low, One Direction and with artists and friends such as Pharrell Williams (of Happy fame).
Joel and Benji also found time to be in Australia for the reality singing show, The Voice, meaning they have spent the better part of three years actually living in the land Down Under.  They have performed at many a Football [NRL and AFL] final and TV spots, and have become, in the eyes of the adoring public, honorary Australians.
And then, with some prompting by Pharrell William, they embarked on a new project as The Madden Brothers.  Returning to what inspired them when they were growing up, as Benji mentions on their website bio, they wanted to just write songs that were true to who they were.  Without the face of a band, just their voices and a guitar.  And, so they began to write the record that I believe truly defines them at this stage in their journey.
Through The Voice it gave them opportunities to perform while on tour with Keith Urban and to stamp their distinctive character across the Australian music scene.  They also returned the favour, after releasing their debut album as the Madden Brothers, by taking two of Joel’s team members on their Greetings From California Tour, Danny Ross and Frank Lakoudis.
I believe this is one of the things that sets them apart on the world wide music scene.  They appreciate music, for music’s sake.  To them it is an art form and a way to express what is going on in their world.  They did it with Good Charlotte, and now they are doing it as the twins.
The Madden Brothers have always been exactly that, really: Two young men who wanted to escape from the mundane and bring music to the masses.
Now, at the age of thirty-five, I believe they have succeeded.
Go buy Greetings From California; you will not be disappointed.  And, if you ever get the chance, go see them live.  Experiencing them perform the songs from GFC and from their Good Charlotte back catalogue, was an absolute delight.
Greetings From California Tour
Crown Theatre, Perth 7 November, 2014
By Marly
@thepiesendure 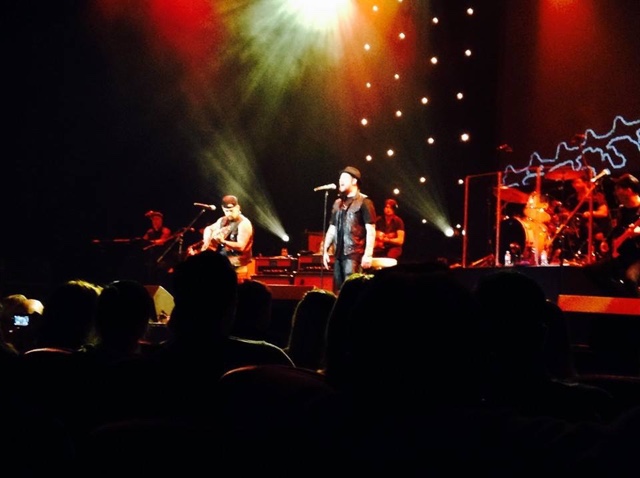 Let me tell you about the best concert I have been to in my last twenty-nine years of life.  That is correct, The Madden Brothers impressed me.  Which is more surprising than you could know.
To be honest, while they were in their Good Charlotte days, I was in no real hurry to see them live.  Though I loved the studio albums, I always preferred when the twins performed their songs live acoustically as I thought that showcased their voices more appropriately.  I changed my mind about wanting to see them live when Greetings From California came out, and after watching them on The Voice, and so when they announced their Australian Tour I was quick to snaffle some tickets.
I surprised my friend with seats that were very close to the stage, four rows back, the closest we’ve ever been at a concert.  And, they did not disappoint.
The concert was opened by Melbourne band, Red Ink, an alternative Triple J find that gave a first impression to remember.  The lead singer’s moves were something to behold.  The energy and obvious enjoyment the band exhibited were a great lead in to The Madden Brothers.  With catchy songs and an infectious attitude they had me dancing in my seat.
By the time they finished our anticipation level was high.  They bowed and thanked us for being a great crowd and then the crew started to set up for the Maddens’.
Let me just say one thing about the setup.  Unique.  They basically had footage of adverts from, I’m guessing, the late 70s/early 80s looping on the large screen backdrop.  California style.  Set the scene for the whole concert which was really a foray into the life of The Madden Brothers, through their music.  They began with Dear Jane and ended the show with We Are Done.  (See what they did there?)  And, punctuated the show with Benji’s “story-time” and the twin’s banter.
Highlights for me were when they performed The Eagles’ Hotel California, with Voice contestant, Danny Ross and Amnesia by 5 Seconds of Summer.
There was one funny incident that I want to highlight, where someone was yelling out “I love you forever!” when Joel was trying to talk and Benji basically told the person to be quiet so they could talk.  Everybody laughed during that exchange.  It was great to see Benji and Joel interacting with the audience.  It definitely gave an intimate feel to the concert.
Overall the experience was one of the best I’ve had at a live concert.  Definitely recommend that you go see them, they put on a beautiful show and Benji and Joel’s harmonies…heaven.
Sources: http://www.themaddenbrothers.com/bio
Greetings From California Tour, Crown Theatre, Perth 7 November 2014 anecdotes 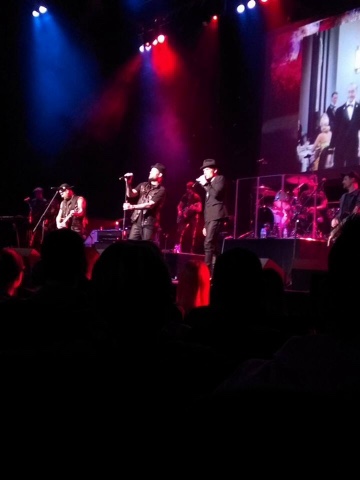