Day 9 – Imagine
Honesty time.  I use my imagination a lot.  I make up stories in my head, which some would call them fantasies.  The most prevalent ones feature the Rebels of Scotland (the five Douglas brothers – Gordon, Joshua, Daniel, Richard and Robert and their family and friends and enemies…); the Pierre clones (EP, Pips and the “real” Pierre Bouvier); and my other muses – namely Elliott and Phil Preston, Daniel McTavish and co.  Travis Cloke of Collingwood, Alex O’Loughlin and M Shadows have all featured as well.  I do write fan fiction after all.
Clokey 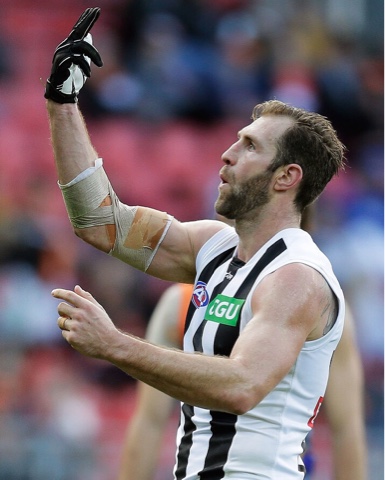 Clokey is my Fallen Angel.  In my fiction he is literally the human incarnation of the fallen angel Azael.  He was a disciple of the Devil until he was redeemed and evolved into human conscious so that he could make up for all the wrong that he did in the heavens.  Inspired by the angel wing tattoo that Trav has on his back.
Pierre Bouvier 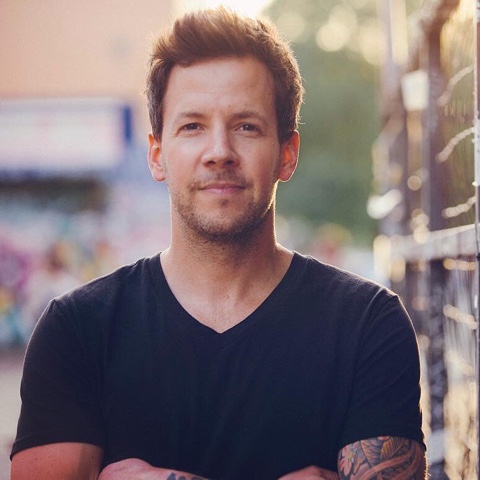 The first “celebrity” I seriously crushed on and the main character of most of my fan fictions.  He features especially in Jars of Clay, To Assasinate an Angel, Pierre Wars: Attack of the Clones, Bed Hair is Not a Fashion Statement, Songs of the Deep Blue, Tattoos of Memories. He has featured in many others, but a lot of them in the guise of….
EP 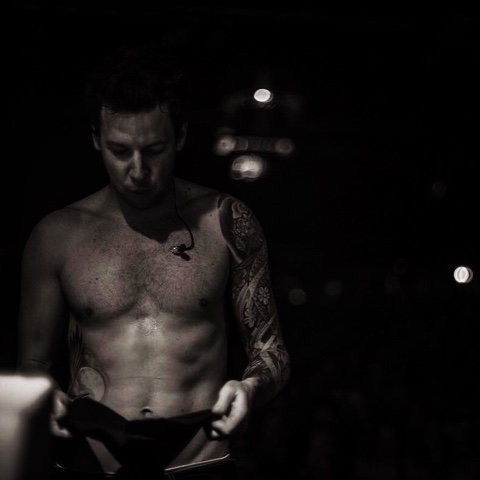 EP (Evil Pierre) is my writing muse.  He is how Pierre has manifested in many of my stories.  A darker version of the Pierre we all know and love.  He’s been a bounty hunter, a vampire, a master, a serial killer to name a few.
Pips 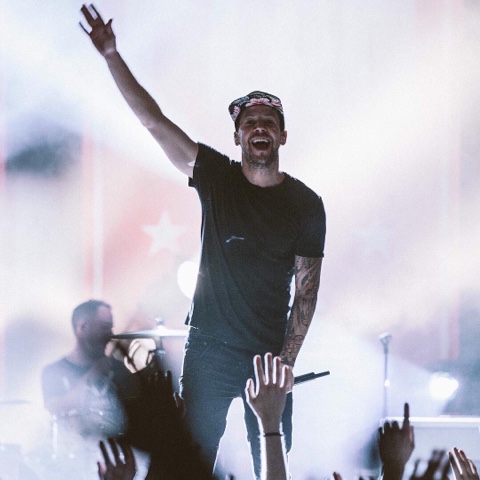 Isn’t really my creation but I borrowed him for some of my stories.  He’s the lighter side of Pierre, the sweet, cheeky personality that doesn’t have a care in the world and balances out the darkness that is EP.
The three Pierres are linked inexplicably and they are in my fictional worlds (my imagination at least) capable of supernatural feats – mind reading, teleportation, healing and the like.  Though this was more in role play with friends on the old SimplePlanOnline message boards back when I was younger.
Alex O’Loughlin 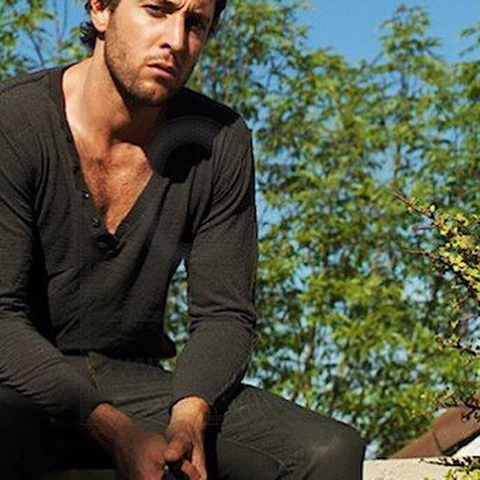 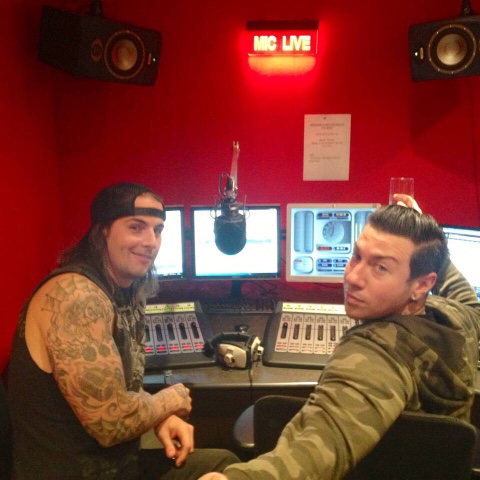 Matthew Sanders is the original Commander of the Creed.  (Well, he’s actually the lead singer of Avenged Sevenfold in real life, and Zacky is the rhythm guitarist).  But, it’s his story, Avenged Sevenfold fan fic Shadow’s Creed that inspired my original fiction The Uprising, which is McTavish’s story.  Matthew and ZV have also been vampires alongside EP’s vampire.  He’s also joined Alex, EP, Pierre and Clokey in fighting for my mind’s attention.
The Rebels
My fertile imagination created before all of these, the Rebels of Scotland.  Gordon was inspired directly from my high school crush, at least his name and looks.  Everything else was my own creation.  Gordon and his four younger brothers (Joshua, Daniel, Richard, Robert).  His mother Celandine; his father Gregory.  And the rest.  The Fenton’s (Joseph, Josephine, Jacob, Jemima), the McDonalds (Stephen, Kayla, Jams), the McGregors (the Royal family of Scotland), the O’Donnells (Zachariah, Caleb, Jason), the Pasans (Matthew, Anthony), the O’Days (Michael, Terence)…and so on and so forth.
They exist in a fictional Scotland that is ruled by His Majesty King Henry McGregor and his Crown Prince son, Jonathan.  I don’t really have any concrete tale, except that Gordon left Scotland to go to school in Australia, then returns to Scotland with the school and they don’t realise that he is a Rebel.  He doesn’t tell them and they don’t find out until either of two things happens….depending on where my mind goes.
Either Gordon is rude to prince Jonathan when the prince tells his school group that the Rebel Chieftain (who is Gordon’s younger brother) is dangerous and they need to stay away from him.  And then Gordon’s teachers want him to apologise to Prince Jonathan and after that want to meet his family.  And only after that they find out Gordon is a Rebel.
The other scenario is that the Rebel Chieftan (Joshua, Gordon’s brother) has been hosting one of Gordon’s friends and then that friend gets hurt, and Joshua was going to be arrested but Gordon manages to persuade them to give him a chance and let him host him instead.  Again it’s not until after he’s spent some time with Joshua being “hosted” that his friends and teachers find out that Gordon is actually a Rebel.
I do want to write some proper fiction around them, but in the mean time I’ve borrowed, Gordon, Robert and their cousin Lachlan for my Uprising fiction.
The Uprising 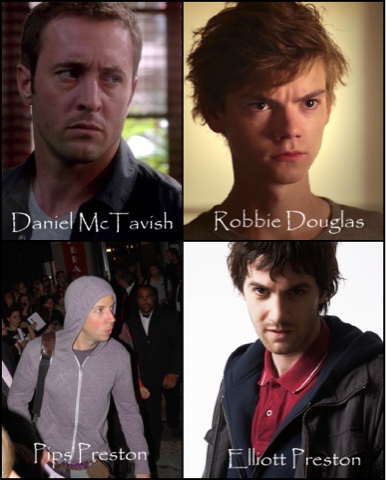 My imagination brought me to these four as the faces of The Uprising… And I found that amazing because that never used to happen to me.
Alex is Daniel
Thomas Sangster is Robbie
Pierre is Pips Preston
Jim Sturgess is Elliott

Part of me sits back and thinks…imagine if none of these muses had ever shown up.  Mayhap my Rebels may have populated the pages of writing that have been consumed by EP and his ilk.

I am so glad that was not the case.  I feel blessed to be able to write everything I have.  I’ve learnt and grown a lot as a writer and that’s something.

“My life was a series of routines and rituals.  I always had my coffee from a chipped beer glass with one sugar cube.  Always scalded the tip of my tongue.  Then I’d read the sports’ section of the Herald Sun from back to front.

I’d pass the paper on to old Mr Hunter who lived in the apartment opposite mine.  He knew what I was but he was always telling me how he’d been on covert ops in the Great War.  Never knew if he was telling the truth.  Guess he thought the same of me.

Then it was on to the gym on Providence Street and then the office.

The office wasn’t much.  Just an old weatherboard that sat facing backwards on a tiny block right in the heart of town.  And, that’s where I waited for whatever job came my way.

It’s hard to fathom how many jobs I carried out, but it all came to a head when I met Colleen.  Her father was my final job.

Daniel McTavish – A/N This is McTavish as he originally came to me, long before he became the narrator of The Uprising.  This McTavish is a former assassin, come youth pastor and in essence is the REAL Daniel McTavish.  My number one muse.

“Christmas? Hmmm, I’ve never really talked about what this season means to me.  I didn’t celebrate as a kid. Well, I didn’t celebrate the real thing. Didn’t believe in it. We did presents and the tree and a lot of eating.  My parents were the devout ones.

I became a Christian later in life.  Though I was raised by good Catholic parents.  They’d be mortified by what I became in life, though.  At least when I was younger.

Not sure they’d be particularly enamoured by my current profession either.  They’re traditionalists.  Go to mass every Saturday evening… I pastor youth at a large contemporary church.  Not their thing really.  But, I’m digressing aren’t I?

Christmas means to me?  Community.  Love.  Joy.  A lot of things that I lost over the years and had to regain.  And, redemption.  Or at least the promise of redemption.  I mean, the coming of Jesus as a man into our midst?  That’s a big thing.  And the fact that He came to save someone like me?

I don’t deserve that.  But, that’s another thing, right?  Christmas is a time for joy not for reliving the terrible things I’ve done…