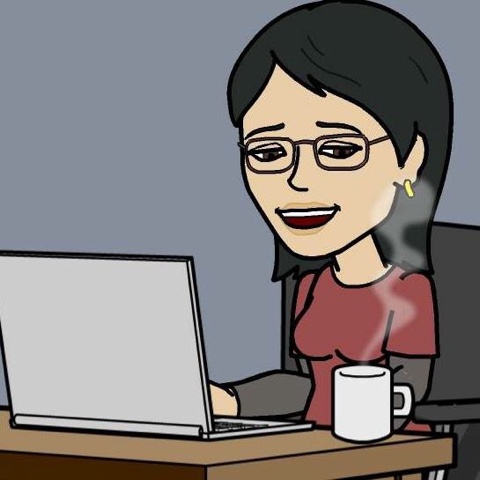 I’m going to start another blogging challenge, this one a bit longer than the other one.  I’m also not going to be so strict with the timing of my posts.
This one is going to be a 50 day one, but I may take longer to do it, or I may take shorter.  It’s really just to inspire my thoughts and let you get a peek into my thoughts.
And without further ado…I’m going to start with a post that isn’t a part of the 50 day challenge.
Instead I’m going to talk about rest time at work with the children.  Yesterday, I almost put myself to sleep while patting one of the kids to sleep.  I know I was probably really tired because the weekend wasn’t really restful, but it made me think.  Maybe we need to introduce nap time for adults in work places? Even just short periods of time?  Because I know that for me 15 minutes of having my eyes closed and not doing anything actually helps.
A little cat nap.  I mean, I’m not saying we should have 3 hour siestas like the Greeks do, but I think it would be beneficial if we could have a rest period during the day.  Not a lunch break, but an actual rest period.  I’m sure we would be more productive throughout the day if it became an option.
Because, I know I do become less productive at a certain point in the day.  And I’m just going on autopilot.  If you asked me if I did anything of any consequence from around 4 pm I’d probably say no.  But, if I could have a nap, maybe that would change.  There has most likely been studies completed in this area, but right now I’m not awake enough to sift through what they say about naps during the day.  I’m just writing from what I’m feeling.
~~~~~
Picture of something I hate
Well, okay here’s 1 of the 50 day challenge.  And let me just say that I think  ‘hate’ is a very strong word, so I’m going to post a picture of something I strongly dislike.
You would think that this would actually be easy.  But, to be honest I don’t think I have many things I dislike.  And the things I do dislike you can’t really share photos of, if that makes any sense.
I think I especially dislike people who try to guilt you into feeling certain ways, for  example when it comes to the whole vegan/vegetarian debate and the slaughter of animals for food.  So a picture like this…really gets under my skin. 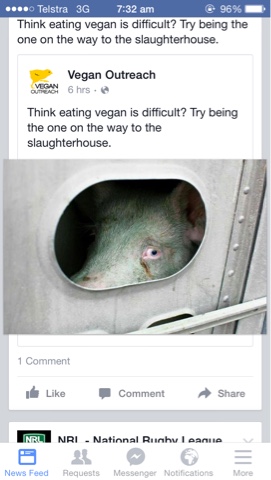 Do, you seriously think that’s going to change people’s minds?  I mean, I’m sure it will change some people’s minds. But, even after seeing some horrific videos of cattle being slaughtered over seas that still won’t make me turn into a vegan.
As the daughter of a doctor I know the benefits of eating meat and humans are meant to be omnivores.  Not vegetarians and definitely not vegan.
I’m not going to discriminate against people who are.  And there’s nothing wrong with the choices people make for themselves, but people who make others feel guilty and judge them for eating meat?  That really isn’t the way to try and make people change their eating habits.
(Same with people who eat meat and judge vegans and vegetarians).
And it’s not like vegetarian meals are boring.  I’ve tasted vegetarian pizzas that are way better than meat lovers pizzas….
So, that’s not an excuse for not being vegetarian.  But to be honest, I love the taste of meat way too much to stop eating it.
But, anyway, I dislike people who guilt trip other’s about the choices they make.