I’m not asking “who am I?” Because I think I know myself well enough now to tell you who I am.

I don’t think we ever know ourselves completely, but as the kind of person who tends to think a lot, I think I can explain myself at least a little.
Where to start, though? 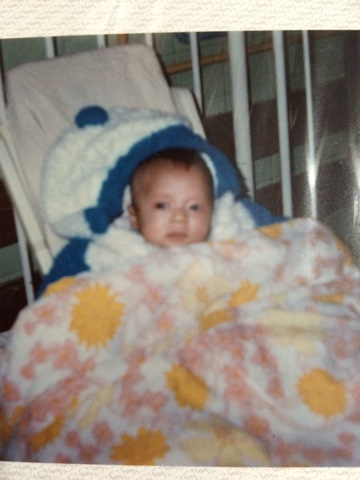 I was born in Hong Kong thirty years ago.  My mother was practically a school girl, seventeen and still at home with her parents. Being born out of wedlock it was admirable that my birth mother and my pawpaw tried to raise me even still.
It was actually because I became seriously ill that they had to give me up.
I was placed in an orphanage, the Po Leung Kuk, and due to circumstances out of their control I was there for three years.  I like to believe that it was all part of God’s plan and timing.
To explain my view further, my parents, Alison and Bruce, applied for adoption and the day I was born was the day they were approved.  Bear in mind, they didn’t know I existed at that time.  They didn’t find out about me until I was 2 1/2ish.
That’s definitely God’s doing.
Anyway to cut a long story short, mum and dad picked me up on my third birthday and took me home to Melbourne, where I lived for seven years. 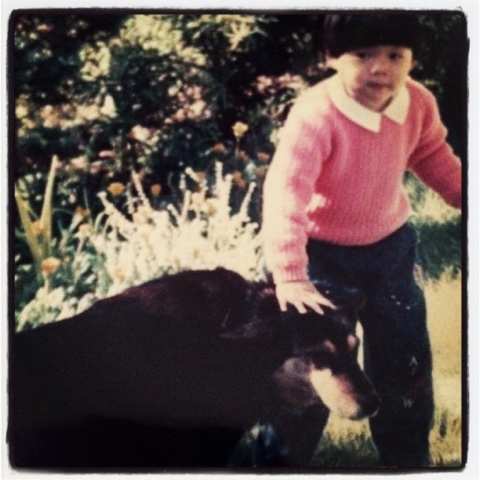 I had some great experiences while living there. Made lasting friendships through primary school and church.

I went to Presbyterian Ladies College from Prep to Grade five. I have vague and vivid memories from my time at the school. Some good, some embarrassing.

I remember getting into trouble for poking my tongue out at my then best friend Michelle and having to sit outside the office. I remember sitting on the stands during swimming when I was not well enough to swim talking to a friend who also wasn’t swimming. I remember playing “first is worst, second is best” when lining up to get back into class. I remember Mr Law (my year 3 teacher who was captain of North Melbourne kangaroos in the early 90s).  I remember playing with my toy horses and using the partition in my lunch box as a fence.

I remember the bully two years ahead of us, Hangman. I remember playing Mother May I on the steps. Remember going to the wrong class and being totally embarrassed. This could be where my anxiety in speaking out could’ve stemmed from.

I remember having flute lessons and having to walk over to the senior school. I remember the under croft. I remember…

It’s amazing what one can remember, though I don’t know if these are true memories or ones that I was told about by other people.

From church – my home church then was Donvale Presbyterian Church – I remember the old hall. I can picture it in my head, but I can’t really describe it. I remember people’s faces but I can’t remember names. Well, not all of them. I can’t picture the old church building, though as it looks very different now. It’s over fifty years old, the church.

And then there was my horse riding, and jazz ballet and tap that I did for a year. The latter, not the former.

So many memories of Melbourne; of my childhood.  They were important years in forming who I am today.  Though I’ve lived in both Townsville and Perth longer than I lived there.

We also adopted my younger brother in this time 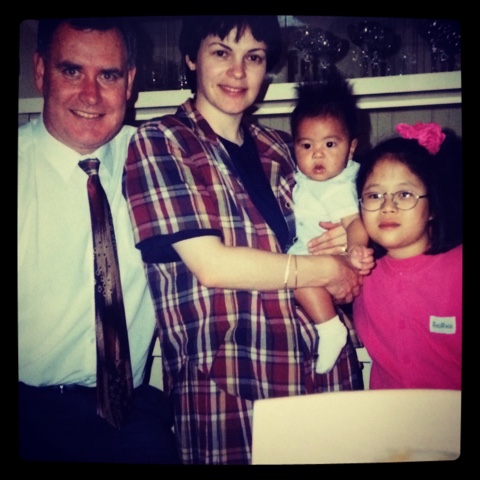 And I met my birth mother. 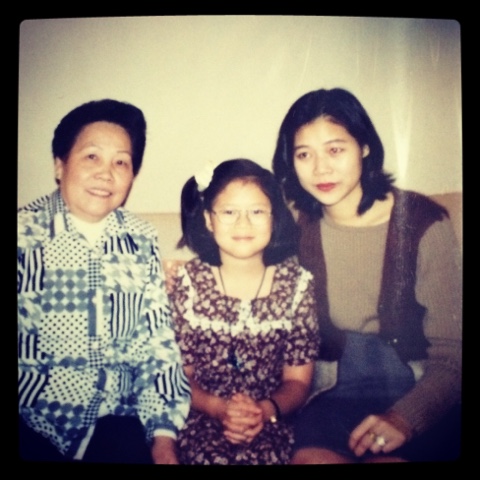 We moved to Townsville in 1996, and I feel I remember more of the time we lived there than in Melbourne.  I formed few lasting friendships (Sarah came to my wedding this year) and for the first few years we were part of a group of families who were all adoptees/adoptive. 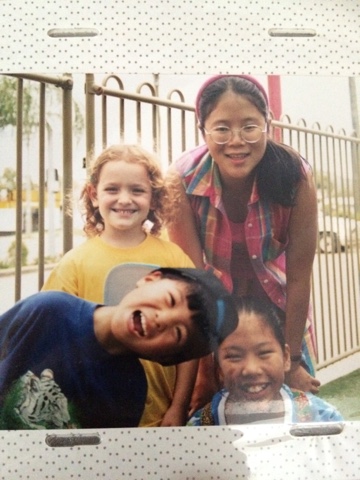 It was great to be able to be part of a group of people who had shared stories. I wonder what happened to those families?
In this period, we went back to Hong Kong to meet my birth mother again and also to meet my brother’s birth mother.
On a related tangent, I think it’s absolutely amazing that my parents were able to connect me with my birth mother.  My adoption was a closed one, which meant that it wasn’t actually supposed to be allowed for me to search for her.  But, mum and dad believed it to be important and I am grateful that they did.  I personally don’t remember how I felt the first time, but even now it’s still kind of surreal when I think of her, as I consider my parents to be my parents.  As it should be.
Another note, I probably faced racism in school, but it wasn’t something that ever fazed me any, it was all kind of just a part of the ingrained culture of high school and wasn’t any more bad or worse than any other form of teasing.
Even as an adult I don’t really get any negative racism from anyone.  And I think the fact that I was brought up to tolerate and accept people who are different from me helps in this.  Also my upbringing in the Church.
I know I haven’t mentioned much about that, but, I’m talking on more of a broad view of my life as an adoptee.  However, in essence, God is at the centre of all of it.  So, there really isn’t any need to delve into my faith right now.
I must mention briefly that when I was in high school and doing my first degree while living in Townsville, we went to a Presbyterian Church that I eventually started to only go to once a month or so, because it just wasn’t drawing me.  I never moved away from God, even when studying a science degree, but I just became jaded about the church itself.
Fast forward to when we moved to Perth, and I found my second home, Riverview.  But, that’s a whole other blog post.  Suffice to say that my 9 years in this city has helped me grow even more in myself, and forever reminds me of how grateful I am for the opportunities I’ve been afforded because I was adopted, and the people I’ve met.  Including my wonderful husband, who is also adopted (along with his sister and her husband). 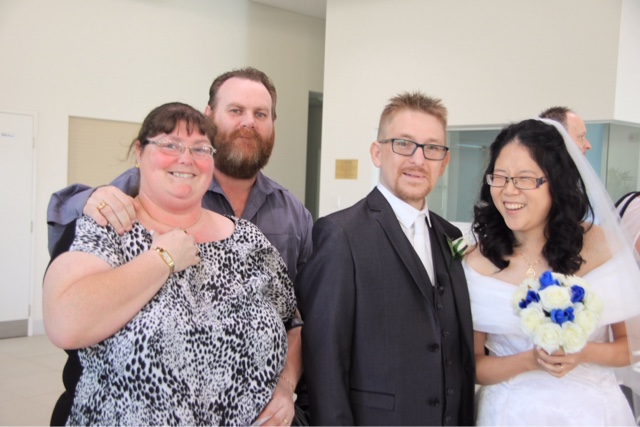 Adoption is special.  Adoption is about creating family.  Adoption is all about love.
God bless you all.
**Apologies for the disjointedness of some of this blog.  I don’t think in perfectly, grammatically correct English.