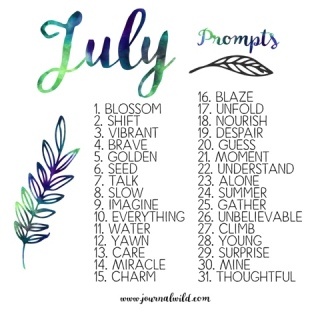 Day 16 – Blaze
So, I missed day 16 as I was in a bit of a mood, yesterday.  And then we went out for a work social night, which was actually exactly what I needed.  Anyway, the word for 16th of July was ‘blaze’.  The first thought that comes to mind when I see the word ‘blaze’ is fire.
Fire is actually quite an amazing…element?  Well, I can’t really explain fire to be honest.  It is a chemical reaction I think? It’s caused by the combination of chemicals with oxygen in the air and gives off heat, and light.  Blue flame is hotter than orange.
When humans gained the ability to harness fire…that was when civilisation began, really.  That and agriculture.  But, being able to use fire to cook with, and to clear land for use…that was a big thing.
I love sitting in front of a fireplace in winter, and enjoying the warmth and also watching the flames leap up and fill a dark room with light.  It’s quite hypnotic…and relaxing.
When I was at school and we went on camps, we used to do this thing where if the smoke moved toward us, we would say ‘white rabbit’ and it was meant to make it move away.  Half the time it didn’t, but it was fun to just yell out ‘white rabbit’ while sitting in the dark and watching the smoke.  I think the teachers indulged us in this activity, until we were tired and headed to our bivvies.
Fun times.
I’ve seen another use of the word ‘blaze’ when people say ‘blaze it’.  And maybe I’m getting old, but I really don’t get it.  There’s some connection with 4.20?  And I really don’t know.  Sometimes I wish words just had one meaning and we stuck with that…
Day 17 – Unfold
Today is the 17th of July, and the word of the day is ‘unfold’.  And, right now I’m attempting to write more of my story The Aviators.  I really want to know how the rest of the story is going to unfold as I began writing it in 2008? I think?  No.  2009.
Wow.  Just.  Wow.  That’s longer than the length of time I took to write Adeline’s Choice (You Don’t Mean Anything).  Granted, I’ve experienced massive breaks between writing.  Lots of writer’s block going on there.  But, I think I know how I’m going to end this.  And, maybe I’ll regret how I’ll end it.  But, I need to finish writing the story because…well, otherwise I never will.
So, I guess we’ll see.  I’m throwing in the “M” word.  Cliche, perhaps….but, you know.  I’m the master of cliche.