Things that make you scared
I could list a few things under what makes me scared, but let’s just go for the top three.
Spiders.  Spiders freak me out big time.  I especially can’t handle red back spiders.  I’m well aware that they can’t kill me.  As I’m a grown adult a bite from one of them would only be extremely painful and make me a little sick…which in all honesty is enough of a reason to be scared of them, right?  As it is, I think they’re creepy and just….ugh.  Spiders, just….no.
I used to have some shocking nightmares about red backs when I was younger…that and blue ringed octopi…but I’m not so scared of those anymore because I’ve never encountered them on a day to day basis.
The other thing that scares me is public speaking.  It’s been one of my biggest fears.  You could say that it is a big fear for most people, though.  Or for a lot of people at least.  Interestingly, I think that the fear of public speaking is not necessarily about the actual speaking, but about how the audience perceives you when you speak.  I think a fear of public speaking is about how hostile we think the audience will be toward us, even if or when we know the group of people we’re speaking in front of.
But, anyway, regardless of how prepared I am, I still worry and stress about speaking in front of a group of people.
Finally, my third fear….talking on the telephone.  This one is the worst because it can be really debilitating.  Especially when I really need to call someone.  And it doesn’t discriminate.  I do not like talking on the phone.  I mean….I can manage it with those closest to me, but I’d choose texting over calling even with close family and friends.  Crazy stuff.
So, there we have it.
Disrespecting parents
Let me start this thought with something I experienced at the first centre I worked at.  I was working in the After school care and a mother came to pick up her children.  Her daughter didn’t want to leave and she was trying to get her to finish whatever she was doing.  The daughter was 11 or round about that age.  Anyway, mother started to try and talk and the girl shut her down, rudely basically telling her mother to shut up and leave her alone because she wasn’t finished.  That didn’t really shock me so much as that the mother just let her be rude to her and didn’t do anything about it.  in fact she laughed and commented something about how her daughter was always like that.
That shocked me.  There was no way when I was eleven I would’ve gotten away with being rude to my parents.  I was raised to respect my elders and to not talk back or be disrespectful.
I think the generation now has become less respectful of parents, which is quite sad to see.  I most definitely will be teaching my children to be respectful to their elders and that there are always consequences for their actions (positive and negative).  Yes, respect is something that is earned by both sides, but parents, I believe, earn their children’s respect by virtue of the fact that they have brought them into this world and provided for them.
Of course this is not to say that parents deserve to be respected or that they can’t lose their children’s respect.  They have the responsibility of raising their children in a way that is honouring, loving and will edify their children.  And I think that’s why as a firm believer in God that promising to raise my children in a Godly way will ensure that the virtue of respect will be regarded highly by everyone.  If that makes sense.
Something that never fails to make you feel better
Ok, so maybe this one is going to be a bit shallow, because I should really say something like spending time with God in worship, or spending time with my boyfriend.  But, to be honest the one thing that never fails to make me feel better is anything and everything Simple Plan related. 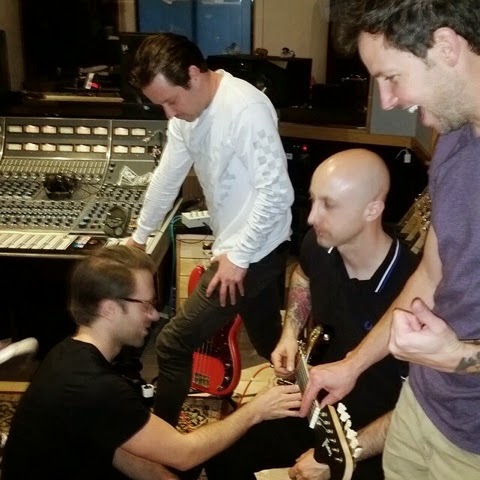 The fact that this band makes me smile whenever they share something online or release new music or play a show that I can see on YouTube, that’s a big thing for me.  I love this band so much.  It’s almost an obsession.  In fact it was for quite some time.
I guess I’ve mellowed somewhat as far as that’s concerned, but they will always be my go to band.  And probably be the only band that I’ll happily go to multiple concerts of without being concerned about cost. I mean, come on, I’ve twice flown interstate to see them perform.  That’s how happy they make me. 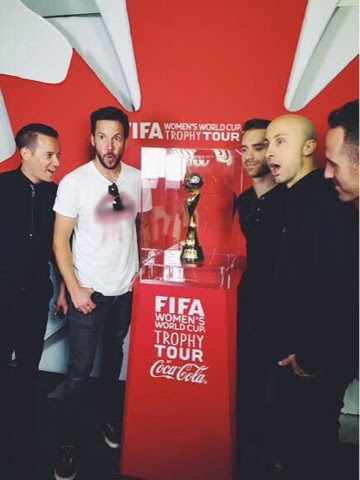 Oh, and Collingwood winning games makes me feel better too. 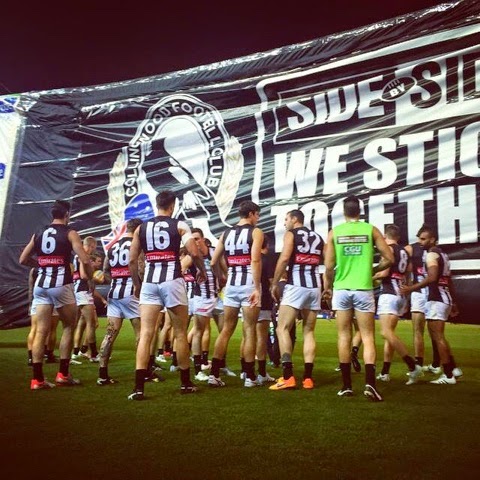